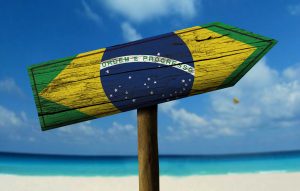 Most religions have specific rules that regulate many different aspects of their members’ lives, including everything from what they eat, when they can work, and how often they should pray.

Among the most comprehensive are the rules of Islam, which determine how Muslims should conduct their lives.

Recently, questions recently were raised about whether keratin hair straightening treatments for Muslim women were Halaal, or consistent with the religious teachings of Islam.

Last year in South Africa, the South African National Halaal Authority (SANHA) banned a popular keratin hair product because they believed it did not comply with Islamic laws regarding ablution (wudu) and bathing rituals (ghusl).

The concern was that the keratin product formed an impermeable coating around the hair cuticle that could take months to wear off, which SANHA claimed violated obligatory bathing rituals for Muslims.

But hairdressers and consumers defended the product, stating that it was water permeable because water still reaches the scalp after keratin treatments.

That controversy prompted a study to be commissioned by CDMF/KATLEIA Advanced Center for Hair Diagnosis.

The study determined that during water can penetrate the hair’s cuticle during keratin hair straightening treatments, which means that Muslim women who get keratin treatments can be assured that the procedure is Halaal, meaning it doesn’t violate Islamic law on religious cleansing or participation in worship.

After the study was released, the Muslim Judicial Council (MJC) approved the use of the keratin hair product in question.

The council’s trust director, Sheikh Achmat Sedick, said that after information about the product had been provided, the group found nothing wrong with Muslim women having keratin hair straightening treatments.

In the wake of the study’s findings, some Muslim women have expressed relief that Brazilian keratin hair straightening treatment does not violate their religious beliefs.